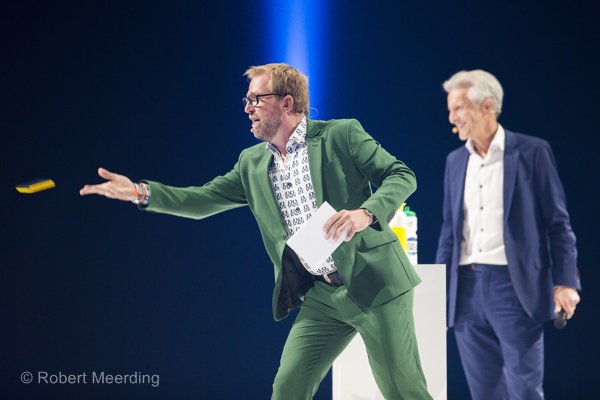 On October 4th, the Inspiration360 event was held at the Ziggo Dome in Amsterdam. We stood eye to eye with Bear Grylls and showed one of the greatest entrepreneurs of all time, Richard Branson, our little light.

The Future
It was an evening Al Gore had one clear message: “I hope the Dutch government will drop the appeal in the Urgenda climate case”. We found out that by the end of the year the Dutch railways are completely climate neutral! And our very own co-founder, Maurits Groen, announced on stage that WakaWaka has provided children in 54 countries with 300,125,265 extra hours of light to do their homework. Whoop Whoop! Oh, and we will do a new crowdfunding campaign with Oneplanetcrowd soon!

#WakaWakaReporter
The feedback and response we have received about the #WakaWakaReporter campaign have been really positive! We would like to thank all the reporters for their excellent communication skills via social media.

Michiel de Koning was the most active #WakaWakaReporter! He and his partner in crime invited two other friends to join their team :). Congratulations Michiel, you won a WakaWaka Base 10.

@Vakantaseren had the most original post on Twitter. He made a poll and found out if his followers knew the meaning of our name (do you?). Great thinking Mario!