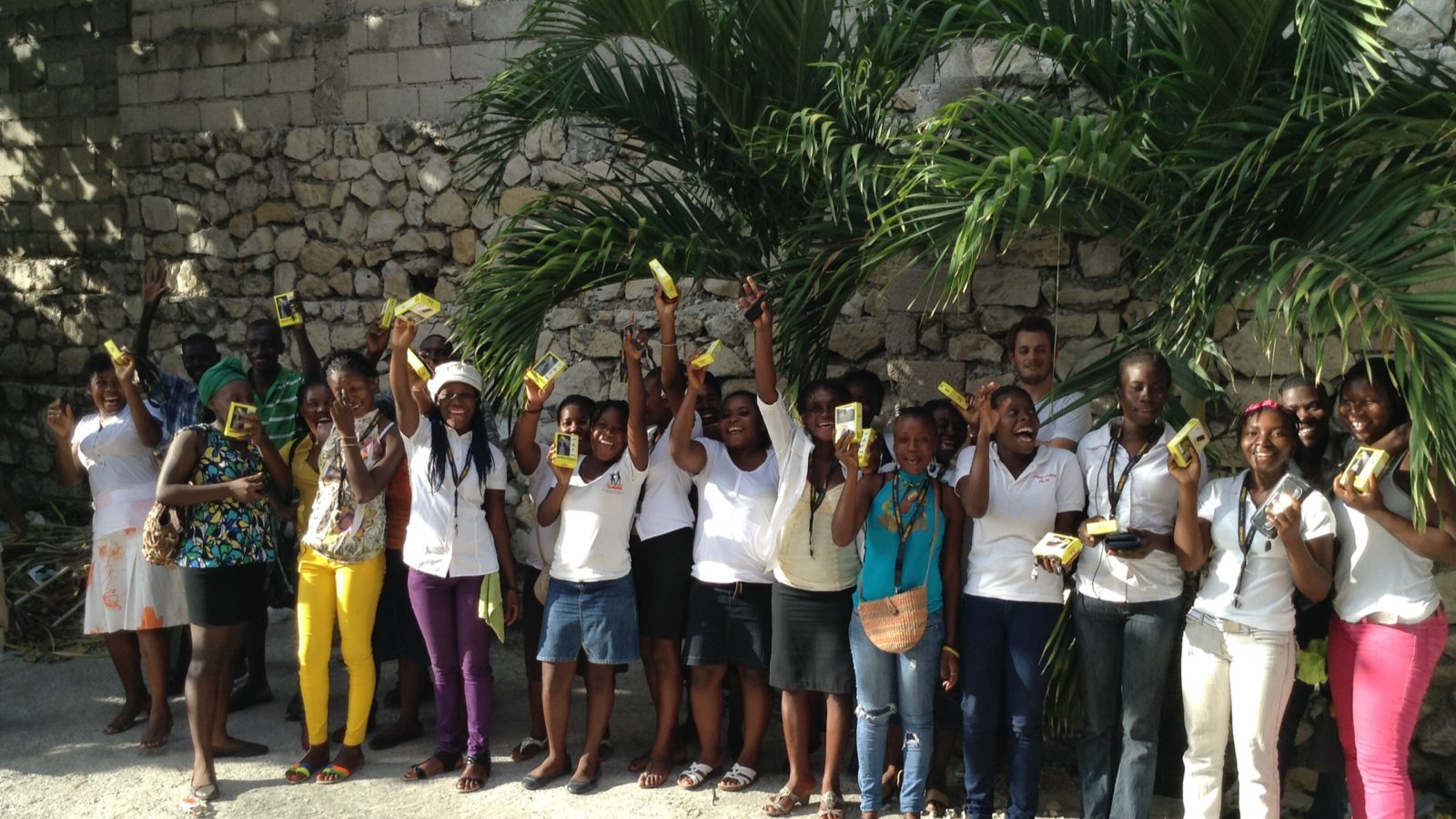 After the devastating earthquake in 2010 and Superstorm Sandy in 2012, more than
370 000 Haitians are still suffering from its after-effects and live in camps and
makeshift tents with complete darkness at night. In December 2012, WakaWaka
launched a Buy One, Give One campaign on Kickstarter that introduced the WakaWaka
Power.

For every Power bought in America, one family in Haiti was lit up with a WakaWaka Light. The WakaWaka Lights have been distributed throughout the country with special attention given to poor, off-grid areas, such as the tent camps around Port-au-Prince.

This project has acquired a place in the spotlight by supporting the efforts of local Haitian NGOs to ensure safety, work opportunities, longer studying time for children, cleaner streets, new roads, more trees replaced and a higher disposable income. Rather than simply donating these products to Haitians in need, the products are donated through a ‘free, but not for nothing’ principle to facilitate sustainable development. Even though the recipient might have very little or no money, there is always a small (symbolic) amount of money or community service that is provided by the recipient.

One NGO director who is helping to make a difference, Clement Joseph from MISSEH, expressed his gratitude regarding the significance of receiving the WakaWakas. “This project changes the life conditions of this generation living in the recovering rural zones in Haiti. Sun is a democratic resource. It shines for all with the same intensity.”

Individuals aren’t only interested in the light itself; they’re also interested in contributing to its fabrication. Work opportunities for local women are being created through the implementation of an assembly line together with the cooperation of Haiti Equipment and Maintenance Services (HEMS). WakaWaka is assessing the prospect of large-scale product assembly in Haiti as well as eventual local production of the WakaWaka’s casing. Last week, a large group of women enthusiastically assembled and packaged WakaWakas that are now being distributed.

Since October 28, thirteen partnering NGOs: including Habitat for Humanity, Save the Children and Wereld Ouders, are distributing the lights throughout the country. Special attention is given to poor, off-grid areas, such as the tent camps around Port-au-Prince. Children in these areas often have to walk long distances to arrive at school, and by the time they return home it is often dark. With the arrival of the WakaWakas, they are able to do their homework in the evening. Villages that have been built to house earthquake victims are replacing the tent camps. These homes are not connected to the grid, and probably never will be. The WakaWaka solar LED lamp is a real completion to these residences.

Another NGO program director, Aldrin Calixte from Haiti Survie stated, “This opportunity will change the life of people and gives a great alternative on energy use. We are really happy that the wakawaka light have arrived in Haiti.”