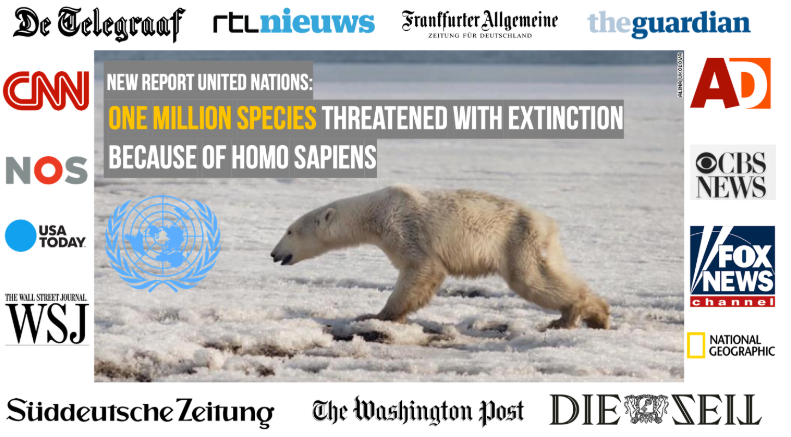 One Million Species At Risk

WHAT DOES IT MEAN TO BE HUMAN(E)?

Planet Earth, today – A shocking report came out today*, made by the United Nations. Scientists from over 50 countries worked on this for 3 years and their findings are devastating. Here at WakaWaka, we like to keep things “light”, we prefer to look on ́the bright side of life’. But sometimes it is also our duty to echo important news. This is one of those moments. It was hard to miss this update, as it was covered by virtually every significant news channel and paper around the world and rightfully so. It is hard to imagine… one million species… not one million cows, or chickens, no… species. We humans are just one species, so are cows, chicken but also dolphins, whales, coral, frogs, types of bees and so one. And the shocking part of the news is: we humans, also referred to as Homo Sapiens (translates into ‘a wise man’), are the root cause of this massive extinction of life on earth.

Really? A massive extinction? Isn’t that a bit exaggerated? No, in fact it is not. We’re in the middle of the 6th massive extinction that has been recorded. That means that 5 extinctions preceded this one. Let’s not get too scientific here, but we can illustrate this with a graph we found on the topic. The worst one happened some 250 million years ago. 96% of all marine species and 70% of all land species died. A number of possible reasons were found, varying from meteor impact, massive volcano eruptions, in combination with global warming. It took millions of years for life on earth to recover. 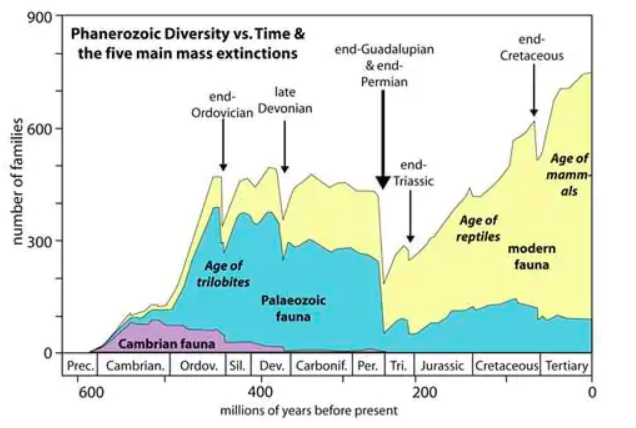 The most famous mass extinction happened some 65 million years ago, when all of a sudden all the dinosaurs went extinct. We’re pretty sure this was caused by the impact of an asteroid, roughly the size of Manhattan. Life had to reboot itself once again and millions of years later, gave rise to a new species, now known as Homo Sapiens, commonly known as humans.

Different from all the other mass extinctions, is that this current extinction wave is not caused by natural disaster like vulcanoe’s, or asteroids. It is caused by a single species: us, humans. We hunt wildlife until none are left, chop down trees at a rate of a soccer field per second, use pesticides without thinking what it does to bees, and we burn carbon like there is no tomorrow, acidifying our oceans and toxifying the very air we breathe. How on earth can anyone who does that be referred to as Homo Sapiens, or ‘wise man’? (by the way, women contribute just as much here). How humane are we really?

Too little too late?

That is really the question, isn’t it? Can we, as a species, undo what we’ve done already? Or is it too little, too late? Reports say that it is not too late… yet. But we would need ‘transformative changes’ to save life on earth. Are we capable of doing that? Can we mobilize the efforts, resources and political will power to transform the way we live, the way we consume and the way we produce? We did it before actually. We were able to mobilize whole industries to defeat the nazi’s in the 2nd World War. President F.D. Roosevelt mobilized nearly all major industries of the US and some 200,000 companies to manufacture tanks, ammunition, planes, ships and what have you, in order to help win the war in Europe and Asia. Factories that were producing cars, were now producing tanks and jeeps, shipyards only made warships, helmet factories only made military grade helmets. Women were asked to join the male workforce to increase production. The President decided that no amount of money was too large to invest in victory over the aggressors. This is now part of our history and we all know it worked. The world was in a state of emergency and human kind responded.

We don’t have Nazi’s or Japanese invading our lands today, or bombarding our harbours. Instead we have hurricanes slamming into our shores, wildfires spreading like, well, wildfires, floods that should happen once a century, now happen regularly, failing crop because of drought, water shortages, melting ice caps, and acidifying (plastic) oceans. We actually need alarming reports like the one the United Nations issued today*. We need them because we humans need big triggers to mobilize political will to declare a state of emergency like the one during the WW2. We need Presidents like Roosevelt and other world leaders alike to recognize the severance and the threat to future generations as well as our own. Once we come to realize that survival is at risk, we have no choice but to declare a new mobilization. Last week the UK became the first country in the world to declare a state of #ClimateEmergency. Calls for Climate Mobilization are starting worldwide, this page tracks the progress and shares how you can help make a difference. If you live in the Netherlands, where WakaWaka is based, sign up here.

Mobilize and then what?

In fact we know what to do to reverse the effects of #ClimateDisruption. Let’s stop calling it climate change, as climate always changes. Recently a new book was published, voted ‘purpose book of the year 2019’. It’s the outcome of a study called DrawDown. We wrote about it before and we’re doing it again, since it has 80 crystal clear affordable and workable solutions to reverse #ClimateDisruption. The point in time where global carbon concentrations in the atmosphere start to decline, is called the ‘drawdown’ point. With a WW2 scale effort on Climate Mobilization, we can actually realize all these 80 solutions and probably save hundreds of thousands of species from going extinct and prevent serious ramifications on our own human society. You can get the book here via YouBeDo and you can choose to donate 10% of your purchase amount to the WakaWaka Foundation which we’ll use to replace toxic, polluting kerosene lamps with safe, sustainable solar lamps. 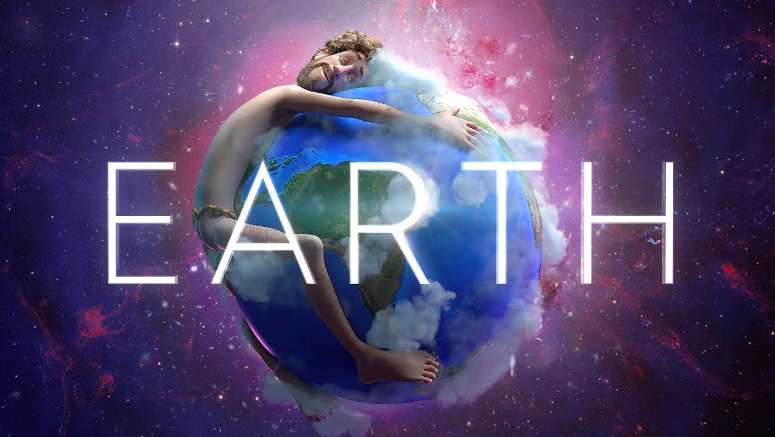 We love the Earth

Leonardo di Capri, Ariana Grand, Lil Dicky, Ed Sheeran, Shawn Mendez, Katy Perry, the Backstreet Boys, Kanye West and some two dozen other artists all “Love the Earth”. Check out this brilliant video made by Lil’ Dicky and Leonardo di Caprio and many famous artists. Millions have watched it before you already. Proceeds will help preserve our planet for our children, as we’re only borrowing it from them. This is how can help mobilize people around the world. These artists use their influence. They are a Force for Good.

WakaWaka’s mission is in line with preserving our planet and society. We want to get rid of all the dangerous toxic kerosene lamps in the world, which cause a significant amount of carbon emissions. The socio-economic effects of having light, are far more profound than we could have ever imagined. Light is needed for education. People with an education tend to have a higher income, a better standard of living and smaller family sizes. Smaller family sizes have a profound effect on #ClimateDisruption. There is a lot of nuance to this discussion, and there are many other, very important reasons why universal access to education is a necessity, but we don’t have to ignore the effect it has on #ClimateDisruption.

We can make a difference, so let’s (continue to) do so! Together.

Please check out some of the links in this post and ask your government to declare a state of #ClimateEmergency.

Here they are again for your convenience:

*the report was issued on May 6th, we say ‘today’ because we need to act the minute we see something as alarming as reports like these. Everyday is an alarming day.