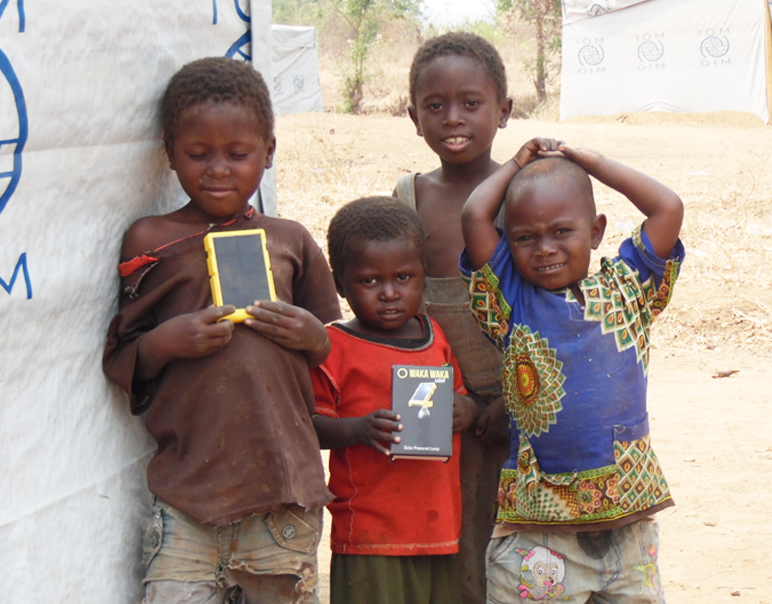 Today is World Habitat Day, a day to reflect on the state of our cities and towns as well as our basic human right to adequate shelter. This day originated in 1986 and is a reminder to the world that we are collectively responsible for the habitat of future generations.

Habitat for Humanity Holland, one of our partners, seeks to eliminate poverty housing and homelessness from the world and make the provision of decent shelter a matter of conscience and action worldwide. Habitat has built or renovated more than 800,000 homes around the world, providing more than 4 million people with safe, decent, affordable shelter.

A WakaWaka can make a big difference in someone’s habitat, which is why several WakaWakas were distributed among Habitat’s projects in Bangladesh, Malawi, and Zambia. Additional WakaWakas will soon to be distributed in Cambodia and Lebanon.

Habitat for Humanity distributed 380 WakaWaka Lights in three villages in Badekapla, one of the most vulnerable areas of Bangladesh. The families received a WakaWaka by participating in a big clean-up action in their villages and surrounding areas. Participants also received training in sanitary habits and learned how to use the WakaWaka.

Rokeya Khatun, her husband Yeasin Ali and 2 of their 4 daughters are one of the happy families to receive a WakaWaka.

‘Our daughter Tanjuna, 13 years old, is going to school and has to do a lot of homework. In the past, she was using a kerosene lamp in the evening, but the toxic fumes made her feel sick, which made it hard to study. Because of the WakaWaka, she can study better and longer.’ – Rokeya Khatun

Using a WakaWaka was also a big improvement for Rokeya herself. When she had to get up at night to clean and feed her baby, sometimes it took a long time to find and turn on the kerosene lamp. Also, cooking on an open fire while using the kerosene lamp next to it was very dangerous.

“The WakaWaka is helping us a lot! We do not have to use a kerosene lamp inside the house anymore, which makes us feel healthier and safer. When I have to get up at night to take care of my baby, I can easily turn on the light and also when we need to go to the toilet outside, we use the solar light. On top of these advantages, we save a lot of money. We feel very happy for receiving the light!”

In the wake of the floods that hit some districts of Malawi earlier in January 2015, Habitat for Humanity Malawi carried out a Disaster Risk Reduction and Response (DRRR) program which aimed at providing shelter assistance and related items to internally displaced persons (IDPs).

The program distributed non-food items in the form of energy-saving stoves to 10,146 households in the camps. To further alleviate the suffering of the disaster-affected people 1,000 WakaWakas were distributed to also promote the use of cheaper, sustainable lighting and elimination of the use of kerosene lamps and candles, which have significant health and environmental drawbacks.

Habitat for Humanity Malawi provided training to the beneficiaries on the objectives of the project and on how to use WakaWaka and its advantages compared to other lighting options such as open fires and kerosene.

For Sofia Peterson, WakaWaka lights helped her to look after her children at night.

“I have two little children. Having a safe and constant source of light at night is very important in cases of accidents or just checking up on them.” – Sofia Peterson