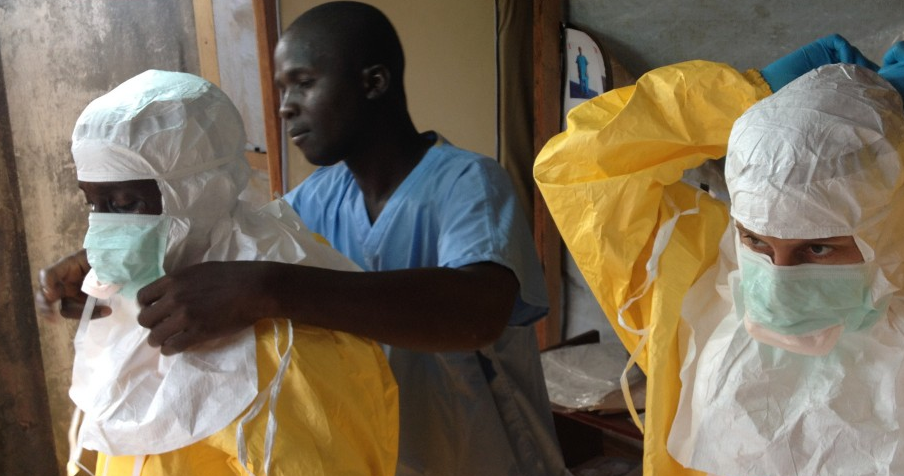 An amazing £50,000 has been awarded by players of People’s Postcode Lottery to WakaWaka to ensure that 4,000 lights are sent to Liberia. A safe source of light is needed to treat Ebola patients during the night.

WakaWaka received the request for 7,000 solar-powered lights from CARD, a Liberian aid organisation that puts together Ebola prevention kits. The lights will be included in these kits. In addition to a WakaWaka light, the kit contains protective equipment, disinfectant, and information brochures. The prevention kits will be distributed among medical staff throughout the country.

CARD works in partnership with GIZ and EnDev who assist in distribution in the different Liberian counties. Energising Development (EnDev) is an impact-oriented initiative between the Netherlands, Germany, Norway, Australia, the United Kingdom and Switzerland. EnDev promotes the supply of modern energy technologies to households and small-scale businesses. The Deutsche Gesellschaft für Internationale Zusammenarbeit (GIZ) acts as lead agency for the implementation of the Energising Development Programme.

CARD mentions that WakaWaka lights are especially needed in rural health clinics. GIZ and EnDev both maintain good contacts with a large number of these clinics.

‘These clinics lack medical equipment and electricity. With the arrival of a WakaWaka it is
possible to treat and prevent Ebola after sunset’.

Over 95% of the Liberian population is not connected to the electricity grid. Toxic kerosene lights, which are both dangerous and expensive, are used for providing light. WakaWaka provides a clean, safe and sustainable alternative.

Annemiek Hoogenboom, Country Director of People’s Postcode Lottery stated: ‘The WakaWaka is a
long-term solution. After the Ebola crisis has been contained it is still a useful device. Not only are our
players contributing to relief aid but to long-term sustainable development in Liberia as well.’

Next to Liberia, WakaWaka hopes to be able to help medical staff in the rest of West Africa affected by
Ebola.

How can I help?

Although we received a great donation from People’s Postcode Lottery, we are still far from meeting our goal of 7000 Lights. Your support is very important. You can join us today and help get these WakaWakas to the vulnerable communities in Liberia or buy one WakaWaka and choose to donate one to Liberia. The lifesaving support and education of the health teams on the ground can prevent the further spread of deadly Ebola.