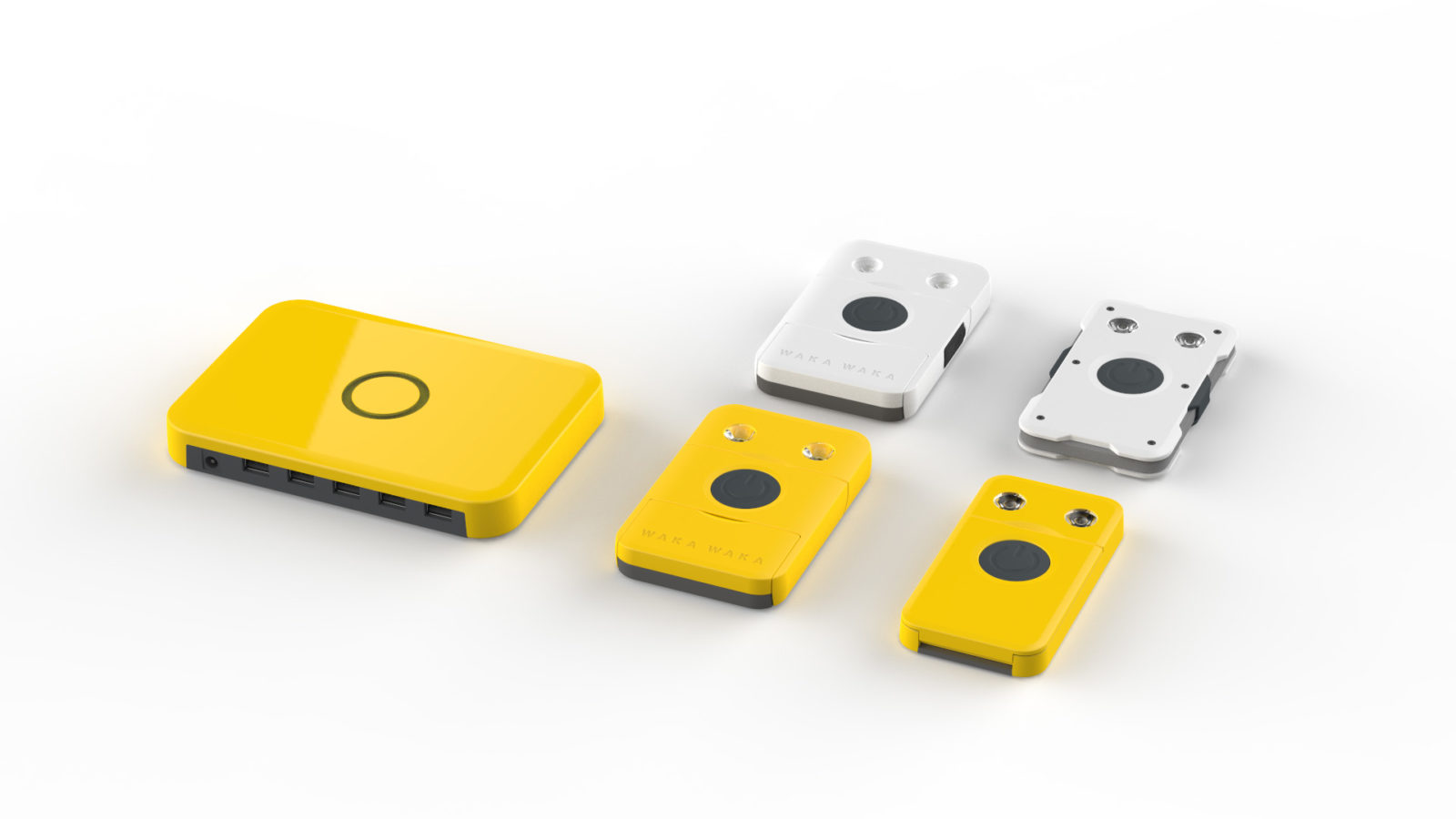 The next step in the evolution of the wildly successful and innovative WakaWaka Solar Lamp, the WakaWaka LightPro delivers a product ready for the demands of the outdoor enthusiasts and disaster preparation experts. The fully ruggedized the WakaWaka Light Pro is: waterproof up to 10 meters, versatile due to its new design features & stronger casing, patented power management system. It is available in trendy, cool colors. Every purchase gets us closer to ending energy poverty before 2030.
WakaWaka Light Pro spec sheet [PDF]

Style and efficiency describe the WakaWaka Power Plus best. It delivers the latest in smartphone and tablet technology. Power to you = power to those who need it most. Technology has greatly improved its light output and it is powered by a larger 3000 mAh battery. It offers more than 150 hours of light on a full charge and it comes with an AC power adapter.
WakaWaka Power Plus spec sheet [PDF]

A solar powered emergency preparedness kit like no other. It packs 10,000 mAh of power, four separate andpowerful LED lights, 5 USB ports to charge multiple phones and other USB-powered gear and comes with a rugged carrying case that doubles as the highly efficient solar panel. In the event of an emergency or disaster a WakaWaka is a necessity for every home. Power outage, blackout? Stay safe, stay connected. Camping, biking, or hiking? Stay safe, stay connected.
WakaWaka Base-10 spec sheet [PDF]

Concept phase: final design of Base-10 may vary in appearance

For more information download the press release, or the complete press kit

Share the Sun
At CES we also explained to the world our for-profit social business model that is generating impact on a large scale. In the first full year of operations WakaWaka has distributed almost 100,000 WakaWakas in over 25 developing countries benefitting more than 500,000 people. Thereby successfully demonstrating ‘Robin Hood Pricing’, the ability to cross-subsidize the lights for users in developing countries from the competitively priced sale of the same products in Australia, Europe and North America. Furthermore, our ‘Buy One – Give One’ offers have proven to be a powerful tool to raise funds for donating lights to the dark and often forgotten places in the world.