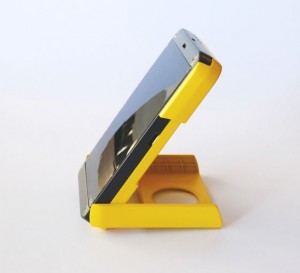 With 25 days to go, this is a very promising start for the WakaWaka Power campaign, aimed at both launching the latest off-spring in the WakaWaka family, as well as raising funds for families in Haiti who do not have the luxury of light, let along a super efficient one.

Parallel to the campaign on Kickstarter, WakaWaka is running a second campaign in The Netherlands through OnePlanetCrowd.nl for all the fans from Holland where WakaWaka was developed and engineered.

For each WakaWaka Power pledged on Kickstarter or OnePlanetCrowd.nl one WakaWaka Light (lights only) will be delivered to a family in Haiti still living in darkness after the devastating earthquake three years ago. With WakaWaka they will have light again in the evening. They can cook, study, work where they could not or only barely before. A significant impact for thousands of Haitians is the current result of the campaign so far, but it looks like many many more will benefit from the support which backers from around the world are showing for the WakaWaka Power. WakaWaka Power to you!