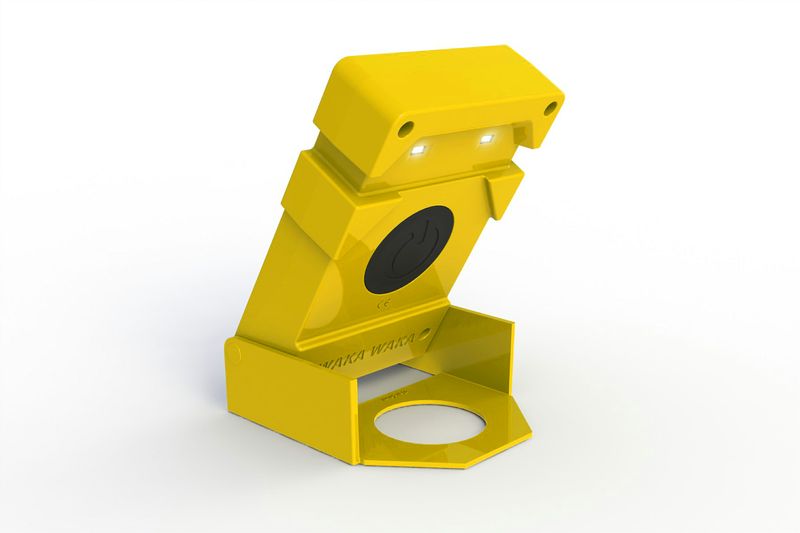 First the lab depleted the batteries completely by keeping them switched on for as long as it took to deplete them. After than they were all placed together outside in the sun, from sunrise until sunset (test was done in the UK same latitude as Calgary). So they all got the same amount of light. The report came with the figure below which ‘says it all.’

On the left is the amount of light produced. You see that actually 4 other lights start off with much higher light output than WakaWaka, more than you need for reading a book, or lighting up a room. You also notice that practically all lights drop to nearly zero output within roughly 4 hours. The only exceptions is the dotted light blue one (which is almost twice as expensive) and the 2 WakaWaka samples. The WakaWaka’s lasted 7, respectively 8 hours on a single days solar charge, before it switched to its 10% energy saving mode (the horizontal line at the bottom), indicating a low light output for several more hours, enough to keep you from bumping your head in complete darkness and it actually still allows you to read.

The graph shows that WakaWaka works in fact twice as long on a steady output than all of its direct competitors tested here (whom we all wish the best of course). If it shows we’re proud of this, you’re right. We are. I can’t wait to do a stress test comparison to compare life expectancy… WakaWaka is really one of kind.